It would seem that all final particles of the holiday season have settled to the floor and have been swept up.  On with life as normal, we guess.   Red Bull has blown in to town, attached a giant fucking ice slide to the front of the Cathedral and told us all, including the Catholics, that we can’t use it.  We are fucking pissed! 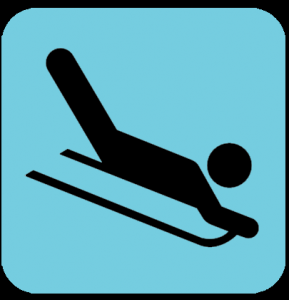 In our dreams we take to our roll-up plastic Snow Monster toboggans and while we rip down a 30 degree sheet of ice through the streets of Saint Paul, we rocket launch the following into smithereens:

– Ebonics: where are they now?
– Shooting Fish, Rise of The Planet of The Apes, Contraband, Duel, Dexter
– Get a crate deal now! Only available in Russia
– Another Woodbury story.  God, that town sucks!
– More teacher fucking, apparently a whole city dedicated to it
– Jeffrey Jones…bad…bad Jeffrey Jones
– Christmas tear down – life in the village
– Beezow Doo-Doo Zopittybop-Bop-Bop
– Tom drops a new Five Minute Cinema
– Roz’s Rants – Peanut Butter?  Who Gives A Fuck About Peanut Butter?
– Tech, Mentaltainment Ticker, Birthdays & All Sorts of Other Good Shit!

I DON’T KNOW WHAT I’M TO SAY, I’LL SAY IT ANYWAY…DON’T YOU THINK IT’S TIME TO HIT PLAY?