Hey EMR peeps, welcome to 2012!  This is our first show of the new year and it shows.  What a bunch of amateurs!   Only kidding…it’s really quite okay. 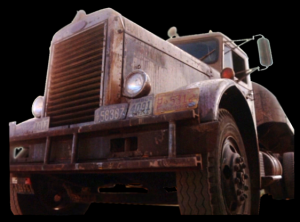 YOUR HOSTS: TOM & MYRON
YOUR NEWS-MAN: GARRY
YOUR TECH-MASTER: JERRY

So…new year, new bullshit and new ways to take it to its knees.  Join with us in high-sticking the following:

– Tom does Mentaltainment Movie Trivia
– Those funky green cigars – why?
– Peanut butter – chunky just plain sucks ass
– Christmas music is done now.  Seriously.  Shut it the fuck off!
– 18 wheeler misses its Target
– The unofficial return of Roz’s Rants
– A heaping, steaming pile of Tech garbage, compliments of Jerry
– Myron kicks out some birthdays and jokes about a monkey’s penis
– Fake One Million Dollar bills – apparently only good at Walmarts…in the south
– Psycho texting bitch starts new year in jail
– Garry busts out more crazy news than you can shake a 20 foot blue penis at
– The fuck who burned down half of Hollywood is from..wait for it…wait for it….Germany
– With zero help from humans, fewer southern blackbirds died in the past year
– Bieber brings a level of unsurpassed retardism to C.E.S.
– Bank robbers, movies watched, cigars, Rooney Mara and so much more!!!

FOR CURRENT TIME & TEMP, LOOK ELSEWHERE.  FOR A SHITSTORM, HIT THE PLAY BUTTON!