Have you all recovered from last week?  Episode 50 was a killer…tons of crazy 5 Minute Cinema’s and nuttiness.  Well..you aren’t going to get that this week.  This here is a bare-bones episode with your EMR basic needs.  You cool with that?  Good.  We thought you might be. 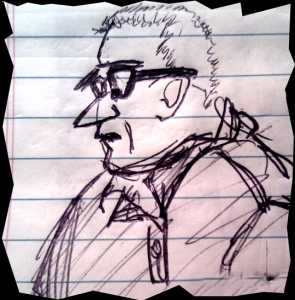 Your TechMaster: Jerry
Your Server of Fuckstick Brand Coffee: Paulie

– Purple Nurple and worthless quarterbacks
– What Myron and Jerry watched
– Norway is out of butter.  No…we’re serious!
– MPD thugs finally have to pay for their bullshit!
– Of Mirth & Mischief (download it from MPR)
– Ronbow!
– Paulie buys Johnny Cab & Tom gets to drive it
– Lots and lots of Tin Tin
– Rosemount High School…we have something for you to kiss
– Pompous computer attempting to predict the same shitty hit music that
pompous, stuffy, asshole humans have been predicting for years
– Birthdays, News, Local Shit, Mentaltainment, blah, blah, fucking blah!