Just like old times – Tom and Myron doing the EMR solo today!  Well…almost solo.  You see, Paulie is working, therefore, he drops in from time to time, as Paulies are prone to do.  But we were fairly certain that that was it.  Tom, Myron and occasionally a Paulie moment.  Suddenly…BAM!  Straight from purchasing original photography at the Lowertown Art Crawl,  Jerry pops in and joins us for the last 20 minutes of the show.  We don’t understand art crawls – shouldn’t a person be erect when enjoying good art? 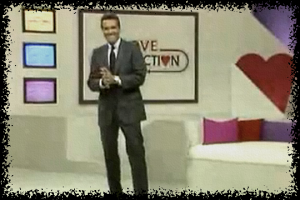 “…take me out to the black, tell them I ain’t comin’ _back. Burn the land and boil the sea, you can’t take _the sky from me…”

– Dick Clark‘s Yabba Dabba Digs
– More Cabin In The Woods chatter
– Where did this fucking mic stand come from, anyway?
– The greatest car for sale ad in the history of Craigslist
– Tom nominated for Marsha Warfield comment hall of fame
– Video game suspected of creating Norwegian spree killer
– Lethal Reboot might be on the shelf – fuckin’ sweet!
– Paulie finally watched his self some Firefly
– Either your hip friend is dead or that’s a mannequin in your back seat
– As if cleaning up shit wasn’t bad enough, janitors now actually being shit on
– Four Ferkins – fuckin’ fantastic fermented fluids
– Birthdays, more EM News, Mentaltainment, etc, etc, etc

HIT PLAY BELOW FOR A CHANCE TO WIN OUR LOVE & AFFECTION!