We have finally gone and done it!  No…not that, you sickos!  The other thing – we hired a sound engineer for the show!  Tonight you get to meet Alex.  This dude is  from Texas, which now officially means that we have two Texans on EMR (we never thought we’d see the day).   Don’t worry, he is cool and he hangs with us the whole show.  Only a couple more pieces of the studio puzzle left to put into place and then we can celebrate high-quality sound!  Until then, enjoy this…low-grade rant.  Episode 83, everybody:
YOUR HOSTS: TOM & MYRON 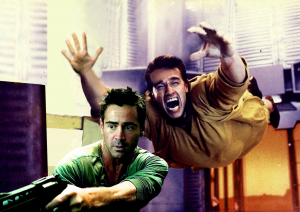