The makers of Broheim-Seltzer bring you another thrilling adventure with EMR Goodhue, the celebrated gentlemen detective, in person. Goodhue, again, gives you a chance to match wits with him as he relates another story of a crime he alone unravels. Then, at the point where he was able to solve the mystery, he stops the play — gives you a chance to guess the criminal’s name. In the studio tonight, we have the usual suspects as noted below, including Gerald Maddog, Superintendent of the New York, New Haven and Hartford Railroad Police Force and Garry Q Junkins, director of radio publicity for the Dinklage Brothers and Conundrum and Hailey Combined Shows. Mr. Maddog and Mr. Junkins have accepted EMR Goodhue’s challenge to solve the mystery before the solution is revealed. If you don’t give a shit about any of that. Try EMR episode three-sixty-nine. 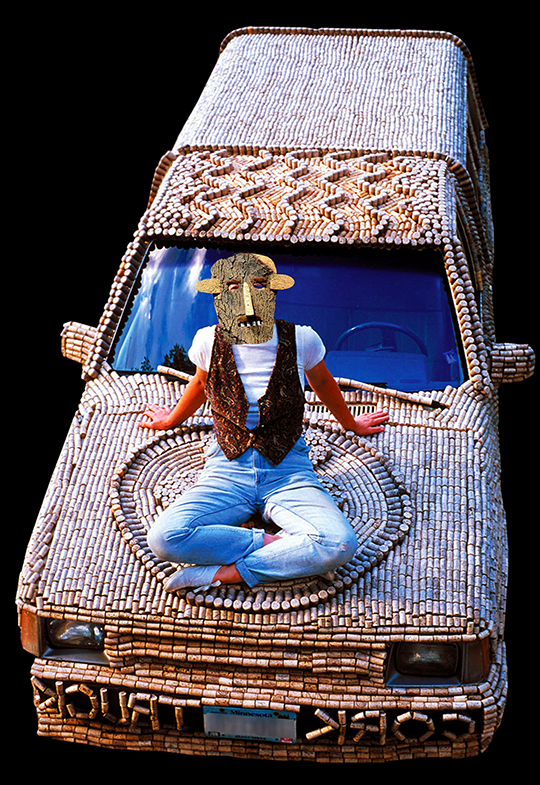 “Some people will call me a
_dork, when I finally cover
_my entire pickup in cork.
_Let them bitch and let them
_wine, but this girl’s vehicle
_is looking so fine. The bumper
_reads Cork Truck, backwards,
_you see. In case I cruise up
_behind you in an art car
_emer-gen-cy. They zig and
_they zag and some form a wave.
_This many corks really kicks
_ass. The only surfaces not covered
_are mirrors and glass. It has been
_licensed, it’s legal to drive. So,
_don’t start hassling me with all of
_that jive. How does it handle the
_rain? Don’t be a goof. This baby’s
_made of corks…so it’s liquid proof.“

ETCETERA
– Analog Head-Trip explores your musical past
– Fucking Bad Toy Designs
– So much more, your head will spin!