The funny thing about it was the fact that we had never intended to land on Planet Nine. We circled it and decided it was strictly a low-grade affair — wouldn’t amount to anything for a billion years or so. As Commander of the Galactic Survey Team, I couldn’t waste my time on it. Then my Commander saw this junkyard through the telescope. We landed. Took a look at a load of alien machine parts discarded by some other space ship and then prepared to take off for Earth. It had all been a waste of time. We flipped on EMR, episode 237 was playing.  The crew relaxed as I turned the volume dial to the right and punched the hyperspace button. 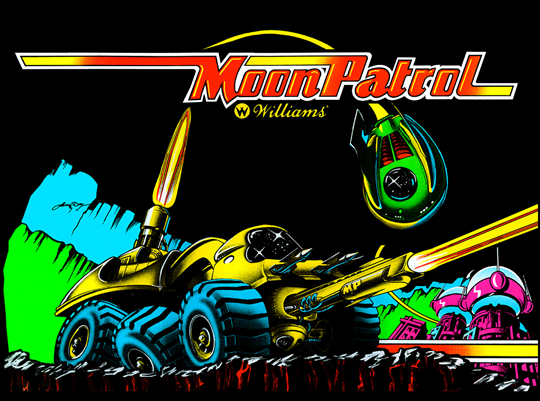 “Problems overhead and problems
_under toe, are all a part of life when
_you’re on a Moon Patrol. Aliens are
_dropping bombs creating craters just
_ahead, technicolor lunarscape and my
_timer counts in red.  Spacecraft armed
_with missiles, giant boulders in front of
_me…an unbelievable feat, just living
_’til Point E.“