My name is Walker. My home is in California, North American continent, planet Earth. I’m writing this in a room deep inside a spaceship approximately four and a half million miles from Earth. On Earth, I was a teacher of mathematics. Among the others seated about me are a doctor, an accountant, a judge, an actor, a machinist, farmer — the list is a long one. They are men of various nationalities who have but one thing in common — they are thoroughly enjoying episode number two-hundred-thirty of EMR.  You should too! 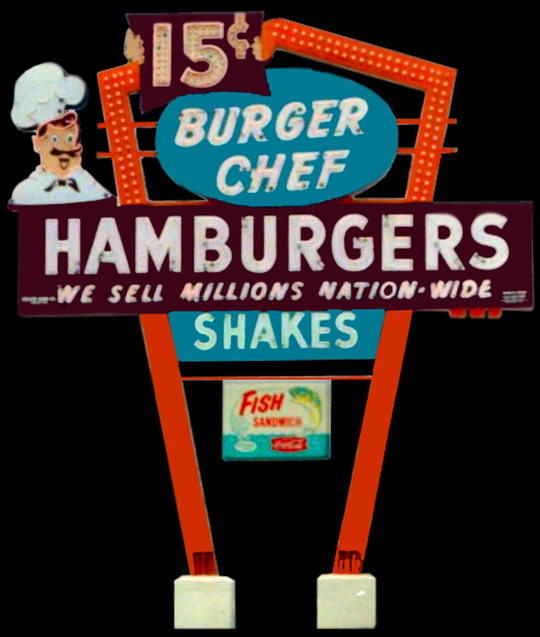 “For fifteen cents – a nickel and a
_dime, at Burger Chef you eat
_better every time.  ‘Cause a nickel
_and a dime will get: french-fried
_potatoes – crisp and fresh, or the
_greatest fifteen-cent hamburger
_yet…“

MENTALTAINMENT
– Sundance For Sale
– Cinema PaulieDiso flirts with 1979
– May I Have The Envelope…of Apologies
– A Ticker Flashback for your enjoyment
– Cameron praises new Terminator film
– Birthdays, What We Watched + tons more

ETCETERA
– We lighten if up with a Jerry’s Happy Note
– An all new Minnesota Vice
– Tune That Name – An EMR Rock N Roll Quiz
– So much more, your head will spin!