Don’t know if you noticed, but we’ve been trying out theme pictures since the new year began.  There once was a day when the picture had some relationship to the episode, now it is more of a monthly thing.  That being said – we present you with the last picture for January, which was entirely Tiki themed.  This is the second one we’ve borrowed from SHAG and scaled down for our nefarious needs.  This is also episode one-hundred-seven, we hope you enjoy it! 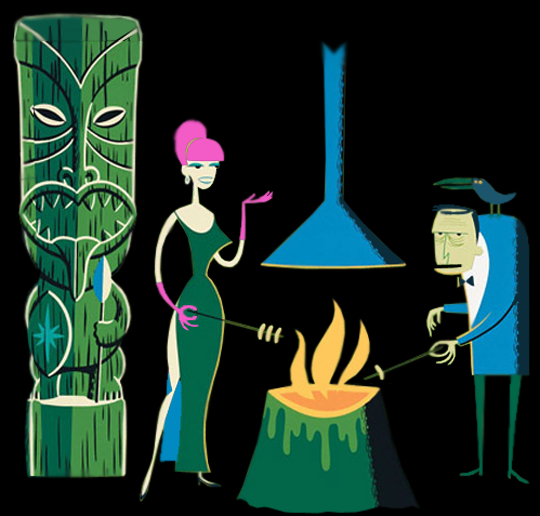 “He’s the one who looks like he came _from Trader Vics, wearing a sideways _Rum Punch smile.

ETCETERA
– A classic EMR bit revived – Fuck Off!
– A Jerry question of the day involving foods & vomit
– The Starchild, The Spaceman and The Cat
– Facebook MEMEs (the emr assault Facebook page)
– Plus a large helping of everything else